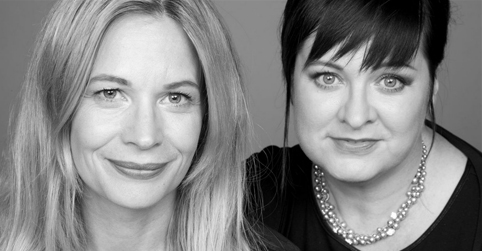 The former research and development director of the Bonnier Group, Sara Öhrvall and the former CEO of Bonnier Publication Oy Marjaana Toiminen are launching an international network of independent digital advisors.

The MindMill Network is a group of senior executives from San Fransisco, New York and Singapore. Sue Gardner is a special advisor and former director of the Wikipedia Foundation. Guy Bar-Nahum is a former Apple and Samsung UX director, now leading a start up.  Sejal Patel works for an investment management fund and Ville Oehman is a consultant and an angel investor, formerly a start up entrepreneur. Megan Miller is also a start up entrepreneur and a former research and development director at Bonnier in San Francisco. Their expertise ranges from media, mobile development and digital investments to retail and societal development issues.

“At Mindmill Network we are interested in analyzing for example, how digitalization could change teaching, health care ,office work as well as consumption – and how companies and organizations should react and transform accordingly”, Toiminen says.

“We will be working on initiatives and prototypes, as well as insights and scenario-building.”

Öhrvall and Toiminen have already started with the first client projects. “We have been able to test our way of working during the fall with the property investment company Sponda, a global gaming company and the ad agency TBWA”, Toiminen says.

In Sweden, Öhrvall is preparing projects on future of education and media.

“I hope we are able to realize similar projects in Finland once we get started. Finland and Sweden should be more active in joining forces in trying to solve questions on the future of the welfare state”, Öhrvall says.

“I have worked digital transformation and trend analysis projects for years, but I have never had the opportunity to work with a network that has such a huge capacity on various fields. I also believe in our project based working model. We can gather the best available talents for ach project”, Öhrvall says

“The MindMill Network  has an immense spectra of knowledge and experience, as well as the ability to genuinely original thinking. This is why we want to keep the operating idea of the network quite open. We want to be able to grasp ideas and topics that interest us, while committing to our client cases”, Toiminen says.

Öhrvall has been an independent consultant since the beginning of the year. She is also a member of the board of Bonnier Books, Bonnier Publishing, Bisnode, Umeå University and the Nobel Museum. Toiminen´s work at Bonnier ended two months ago.